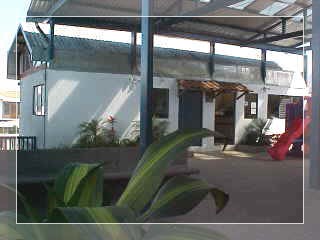 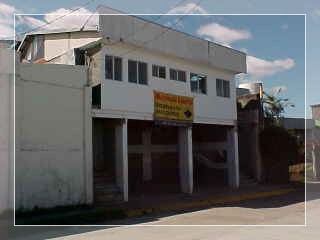 History: The Tepeyac Christian School (TCS) was begun in 1992 as an extension ministry of the Iglesia Reformada de Tepeyac which has its ministry in a residential area on the outskirts of San José, Costa Rica. The Tepeyac church became more and more convinced of the need for a school, and the three main factors were the following:
1) The scriptural mandate to train our children in the fear of the Lord became more and more urgent as consumerism and secularism has invaded the Costa Rican society. Public schools in Costa Rica have not been able to withstand these forces. As a support for our christian families the church felt the need for Christian education, for many families are affected by these same values.

2) Our work in the squatter settlement of Los Cuadros, a community with severe social problems, poverty, and drug/alchohol abuse, impressed upon us the need for a greater involvement with the children if the cycle of poverty were to be broken. We saw generation after generation following in a cycle which only spiraled downward. Christian ministry which was limited to the “normal” forms of Sunday school and church activities was not sufficient to transform the values of the children, their patterns of conduct, their feelings of inability. The Tepeyac church became convinced that we needed a multi-faceted approach to the problem of poverty: we would maintain an evangelistic and teaching ministry in the community; we would begin a school which treated the spiritual aspects of these children; included in our curriculum would be the tools for successful careers in Costa Rica – this would include English and computing, among other things.

3) The radical decline in membership of the Protestant churches in Costa Rica has been caused by a fanatical emotionalism, poor testimony and lack of trained leadership. The image of evangelical churches is so bad that evangelism has become very difficult. The Tepeyac school would also be a testimony of our church to the community of our identity and commitment with the Costa Rican society, especially in the area of education. We would open the school to those parents who were willing to support our biblical, Christ-centered philosophy of education, even if these parents were not members of an evangelical church. In this way our school also would serve as an evangelistic testimony.
In 1992 the school was opened with pre-kindergarten and kindergarten, two teachers and 20 students. From this time it has grown to a school of 250 students, offering K – 11th grade (complete grade school and high school), and has a staff of 30, including 1 volunteer English teachers. Almost half of the staff are members of our Tepeyac church, and the other half come from various evangelical churches. Besides paid staff, there are members from the church who volunteer on a regular basis in counseling, repair work, and other tasks. The great majority of our operating budget is paid for by tuition, even though this has been an extremely difficult road. The school has kept tuition well below most private schools of Costa Rica, and has also provided tuition help for up to 1/3 of its students. It has been able to do this through the many volunteers who cooperate with this ministry.
God has blessed the school with a wonderful building, the product of cooperative efforts of many churches and individuals from the US and Canada, as well as the Tepeyac church. The building has sixteen classrooms, an administration building, ample bathrooms and a storage room. Our grounds are not large, but we have done what we can to make them adequate for playground use.
We are thankful to the Lord for the hundreds of people who have given of time and money for this project. The Tepeyac school has truly been a testimony of God’s love poured out through the unity of joint efforts of His people!

Get regular newsletter updates about Reformed Missions in Latin America. After subscribing please add this email to your contact list: billgreen @ reformedmissions.org